I own a 2018 Concept Innovation caravan which is fitted with a BatteryPlus35SR Battery Management System and BMPRO Trek controller, a 100 Ah battery and a 150W solar panel on the roof. Up till now the solar panel has kept the battery fully charged when stored at home but I’ve recently had a carport built to store the van under and of course now the solar panel isn’t getting enough light to work. I’ve found that the battery runs flat after about 4 weeks even though the only thing drawing power that I know of is the controller and a small illuminated mirror light switch. No draw registers on the control panel.

I would like your suggestions or recommendations on maintaining deep cycle batteries in storage.

I can see 4 options:

Hope you can tell me the best way to go about keeping the battery charged.

A great question on maintaining deep cycle batteries, especially considering that in Australia there are currently over 100,000 caravans and campers all in storage and probably in the situation very similar to yours, under cover and not getting a solar charge to the panels.  I would suggest a checklist for everyone to consider when their van is in storage during winter or extended periods of non-use.

Most vans are fitted with an Isolation Switch – a winter switch which disconnects all power supplied to loads (appliances). This ensures that during periods of non-use, if appliances are left accidently turned on, they will be disconnected when this switch is activated. This will save the battery life.

In the Concept van setup, you can utilise the Battery button on the top right-hand side of the Trek display and to enter Eco Mode which will disconnect all loads connected to your BatteryPlus35 system except for terminal one. This button on the display is what you have described in option 1 – this would be your first step.

These can be a big issue in diminishing the battery capacity when you didn’t even know that it was happening.  Essentially it is a load that you don’t know exists potentially due to wiring configuration or application setup.

For example, you thought something was turned off and it appeared so, however it was still drawing from the battery in the background. This is similar to your TV or stereo system at home still drawing energy whilst in standby mode.  It may even be so small that you can’t see it registering on a non-calibrated device but after several hours it all adds up.

You will also need to check that there is nothing connected directly to the battery that is not being recorded through the internal shunt in the BP35 (or external shunt in other systems).  If this energy draw is not seen by a shunt it will not provide accurate information on battery capacity.

Consider what the health of your battery may be.  Has the battery been subjected to substantial use which may indicate that it is getting old? As the battery gets older you will see its capacity start to diminish. Older batteries do not hold capacity like the brand new ones. Check the terminals and ensure they are clean and secure to ensure full charging from the BMPRO BP35 system.

Caravanners often ask if it’s okay to leave a battery on permanent trickle or float charge. We would recommend that as most RV batteries are either AGM batteries or GEL deep batteries, it is best (at a minimum) to discharge them to around 50% capacity a couple of times every 2-3 months.

Deep cycle batteries prefer to be discharged and charged between 20-50% regularly to prevent sulphation on the plates. Sulphation prevents the internal chemical reaction producing energy. So, with your option 3 – the BP35 system will keep your batteries on float charge but I would recommend turning on your lights every couple of months to reduce the capacity down to around 50%. Don’t forget to remove all input power sources during this. This will assist in maximising the life of the deep cycle batteries when in storage.

The process for this is the same as for all charging systems – always remove the negative connection before the positive. The negative will normally be grounded to the chassis. If undoing the positive you accidently touch the chassis or grounded metal object with the spanner (or similar) it will give you a nasty shock.

Hopefully this has answered several of your questions and you can settle into a “Winter” charging routine maintaining deep cycle batteries in the best possible shape.

Safe travels (when we are released from “home detention”).

The article was written for Caravan World Magazine. 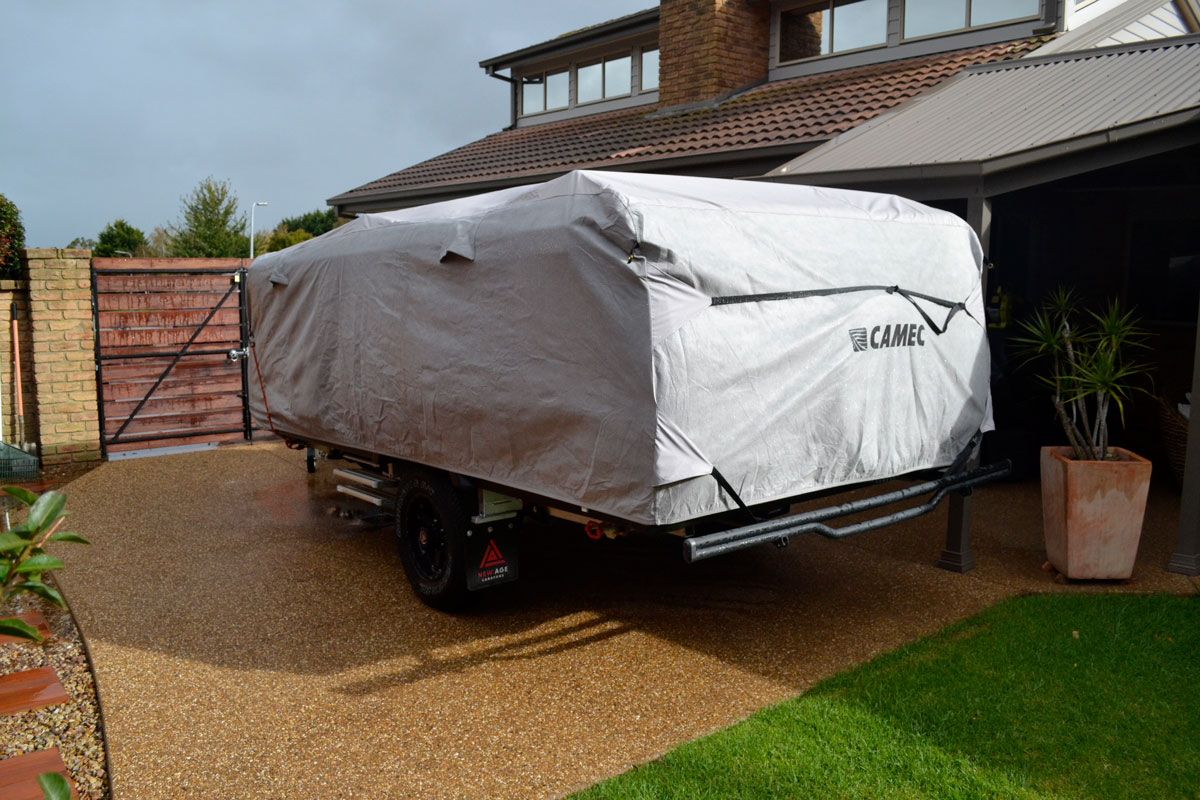 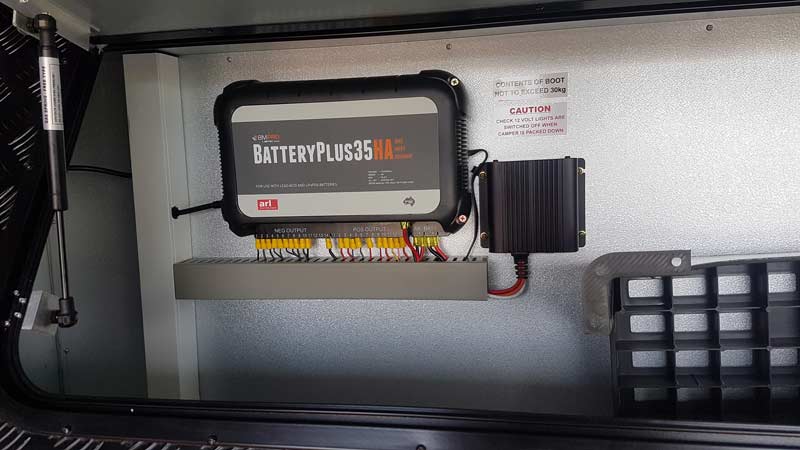 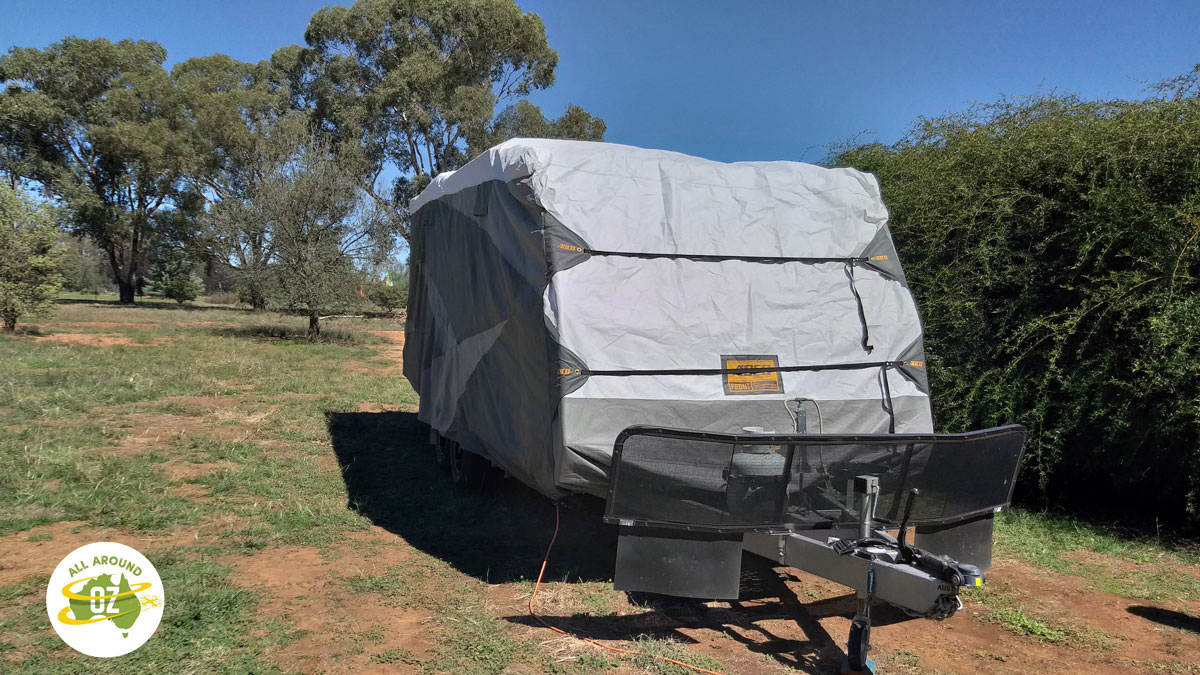 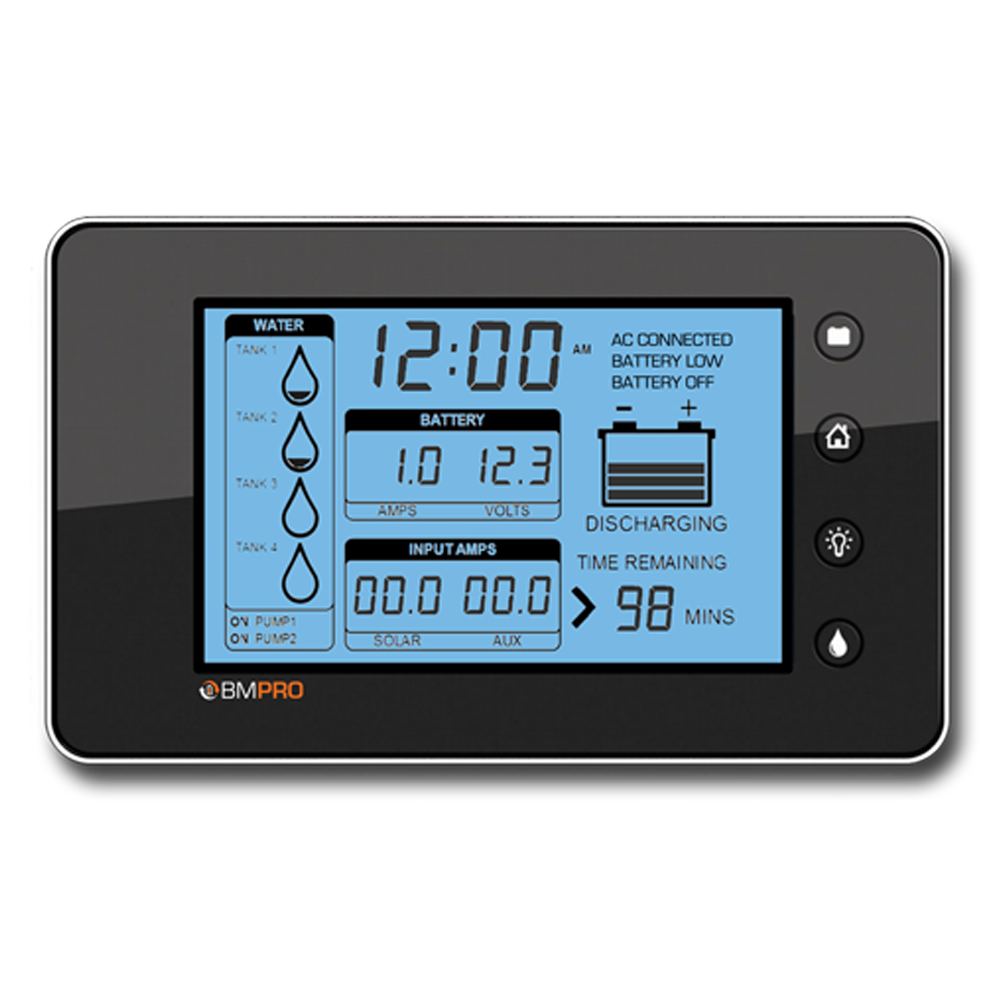