How to charge and monitor lithium batteries?

With lithium batteries now the clear choice for the lovers of free camping, many caravan owners upgrade their 12V system to make it lithium compatible. But how do you charge your new batteries when on the road and how you monitor lithium batteries power usage when using high loads? A range of BMPRO products can enhance your RV 12V system, and one of our customers, John Hilton, shares his experience in installing these products.

John is a happy owner of 2020 Jayco Silverline 21.65-3 and have earlier upgraded to J35D power management system with 2 Invicta 125Ah Lithium batteries – perfect combination for free camping in comfort. That’s his story:

Installation of MiniBoostPRO, BC300 and Commlink

I have finally completed the rewiring of the batteries in my Silverline, including the install of the MiniBoostPRO, BC300 Shunt and CommLink I purchased from BMPRO at the Caravan Show in Melbourne in February.

The MiniBoostPRO now gives me a clean charge feed to my lithium batteries rather than relying on the feed from the car, and the BC300 reports all usage, even high current draw, rather than having things like inverters bypassing the current draw reporting.

Here are my installation steps and details:

I have included a picture showing how this change has made available at least half the under-bed area for further storage. There also was quite a lot of cable left over once I completed the rewiring – amazing!

I took a video of the JHub as my wife cranked up her hairdryer through the Inverter. The BC300 did its job and the JHub quickly reported 156 Amps being drawn from the batteries. BC300 helps monitor lithium batteries when using high current loads – super valuable. 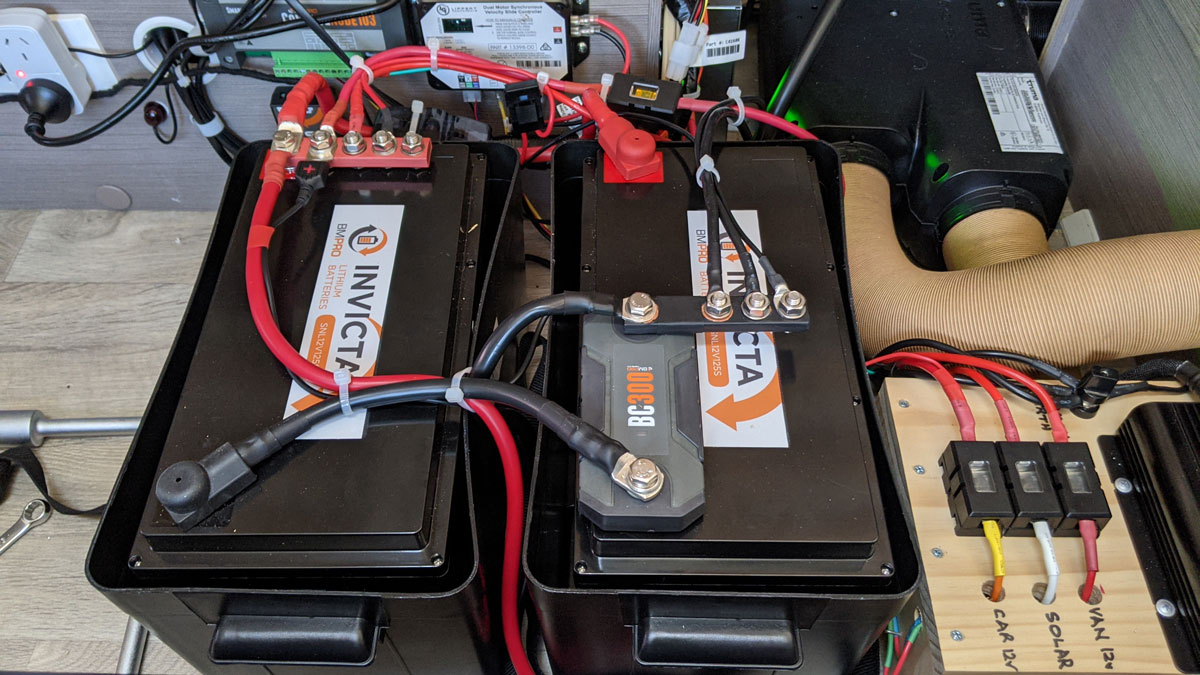