How long will it last? – caravan lithium battery put to the real-life test

They say that lithium batteries would outperform AGMs in RV applications, but can we compare apples to apples and find out how long a caravan lithium battery would last in a real-life application?

Lead acid batteries in deep cycle applications are highly popular with RVers, allowing them to have access to 12V power wherever they are. Depending on the technology (AGM, Gel), and quality of a lead acid battery, their prices vary from $200 to $1000.

Deep cycle batteries are designed to cycle (discharge and recharge) multiple times, but their life span depends on how they are treated. Degradation of the internal lead plates causes aging of the batteries, which is caused over time, but most importantly, by exposure to high discharge currents. This in practice means that for their longevity lead acid batteries should not be discharged lower than to 50% of their capacity.

How to use lead acid batteries?

In the ideal usage when a lead acid battery is discharged to 70% of their remaining capacity, they could offer the user over 1000 cycles, but would not provide much power in this scenario. Thus, a 100Ah battery would only provide for 30Ah power, which could only cover the basic power needs such as usage of energy efficient lights and watching TV for an hour, before you need to recharge your battery.

It is recommended to discharge a lead acid battery to 50% only, which would give the owner 400-500 cycles at best and 50Ah of energy. However, when you are out in the field, free camping, it is not always possible to stick to the ideal scenario. Most RV travellers would confess discharging their battery down to 20%, which cuts the lifespan of the battery dramatically. 150 cycles is all you would get from a deep cycle battery subjected to deep discharge.

Lithium batteries, on the other hand, can be discharged much deeper and their capacity is 60% greater than of a lead acid, which means the same size battery gives you much more power and allows to enjoy free camping in comfort.

Lithium batteries are absolutely safe to discharge down to 2% (which is 98% depth of discharge (DoD), and there are no corrosion prone materials inside. However, this is all in theory, and the cycle life of the LiFePO4 batteries claimed by manufacturers is often based on the calculations, simulations and projections based on the ideal test of a single battery cell.

At BMPRO, we decided to put an Invicta LiFePO4 battery to a real test to check how many cycles would it run when cycled through 98% DoD and full charge. Unlike many tests held on the cell level, we have been testing the complete battery.

The test started on the 14th of November 2017 using Chroma regenerative battery pack test system model 17020 which stimulates real world scenarios of battery usage. The Invicta caravan lithium battery has been connected to a Chroma tester which discharged it to 2% of its initial capacity (100Ah) and then recharged back to a 100% with a lithium compatible BMPRO battery charger. With roughly two cycles per day, the battery has been treated in this regime since the onset of the experiment. The temperature on the factory floor is not stable, and at nights or during holidays, with no heating or cooling in operation, can vary from 8°C to 40°C, so the test is very close to the real life conditions.

As a result, we got the battery discharge curve showing the decline of the full battery capacity with the quantity of cycles run. As you can see from the graph, the initial capacity was slightly higher than nominated (105Ah), and two and a half years later, it is still a fully functional battery with marginally reduced capacity (around 85 Ahr).

A lead acid battery treated in the same regime would die after ca. 200 cycles, which means this LiFePO4 battery would have already outlived 7 AGMs. In dollar value, it would already recover the initial investment, as well.

The experiment is going on – we are updating the counter below every week so that you could follow the story of an Invicta caravan lithium battery further. So far, it is still running its marathon. 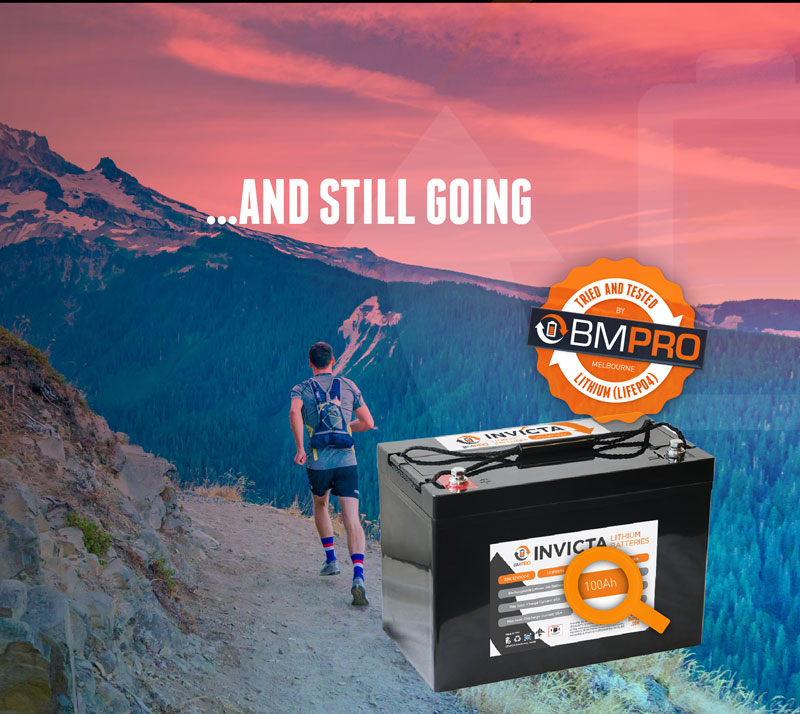 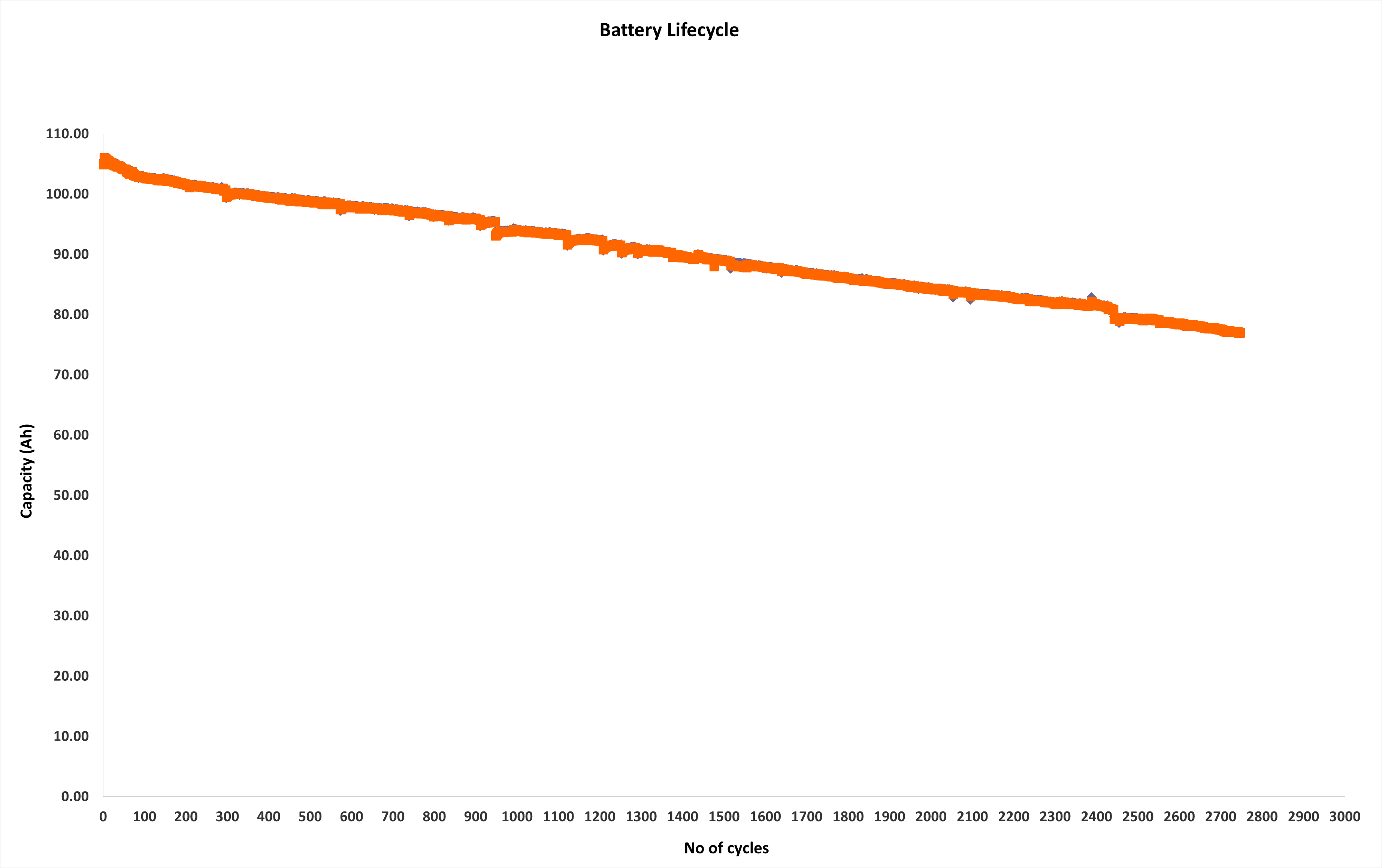