Most caravanners have an extensive pre-departure checklist to ensure their vans are packed up and ready to go before they hit the road every day. Chains shackled? Check. Awning in? Check. Antenna down? Check. The majority of these steps are safety measures to ensure you, your rig, and your passengers (and other road users) get to where you’re going without incident.

But how many, if any, of you check your emergency breakaway battery’s charge and health every day? A real-world survey of more than 100 genuine caravanners by BMPRO found that many didn’t even know where their breakaway battery was, and almost all had no idea if their emergency breakaway system was even working. For many, it was a case of ‘set and forget’ for the system which, while mandated by law to be fitted to all trailers over 2000kg, is also a vital piece of safety equipment for emergency braking scenarios.

The older model breakaway systems used in many caravans operate off a separate 12V 7Ah battery stored somewhere in the caravan. A 7Ah battery in perfect working order and at full charge would only just be able to engage the emergency brakes and hold them, and the brake lights, on for the minimum 15 minutes, as required by law in an emergency.

And these batteries are usually just charged off the car’s battery, so if the breakaway battery has low or no charge at the start of a trip and takes the duration of your trip to reach full charge, it may not be in working order during that time.

There is also no way to functionally test whether the system is actually working (bar an indicator light which shows if the voltage of the battery is sufficient). The unit is normally ‘buried’ in a cupboard or under the bed.

A NEW ERA IN BREAKAWAY SYSTEMS

BMPRO recognised these limitations and set about designing a new breakaway system – the TrailSafe.

The TrailSafe makes use the van’s existing, much larger (usually 100Ah+), house battery – which, in most instances, are well looked after and under constant charge – rather than a smaller, separate, non-maintained 7Ah battery.

The TrailSafe by BMPRO also has a testing function, which allows caravanners to check whether the system is working and ready to go, simply by pulling a pin on the unit which, in turn, will illuminate an LED light (green if it’s working, red if it’s not). The unit is mounted on the drawbar of the van, in a location easily accessible when hitching your van to the car. Physically pulling the pin mimics the action of an emergency breakaway scenario when the two metal contact points inside the unit are separated. Over time and in all units, these metal points can become susceptible to water ingress and/or condensation, leading to rust which will eventually stop them working.

For those of you who are lucky enough to live, or have your caravan registered in, NSW, there’s one more box you have to tick before you can set off on the wide open road.

NSW law mandates that all NSW-registered caravans have a vehicle-mounted visual monitor for the breakaway’s battery status, as well as the breakaway system itself. That’s where the BMPRO TrailCheck comes in.

TrailCheck is a simple trailer battery monitor system which runs off a low-energy Bluetooth signal and and provides a visual indicator, via an LED light, inside the tow vehicle that the TrailSafe’s battery is working correctly.

The unit is designed to perform over and above the legal requirements set by the ADRs and will apply power to the brakes and lights for a minimum of 30 minutes. 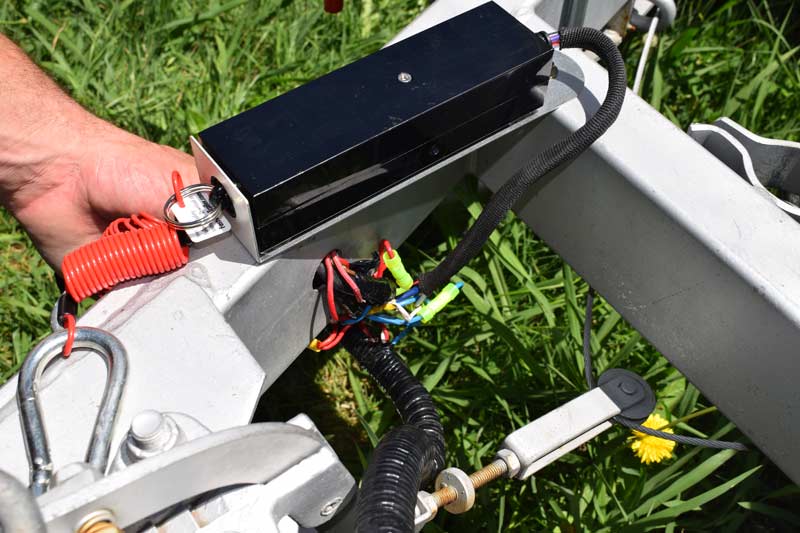 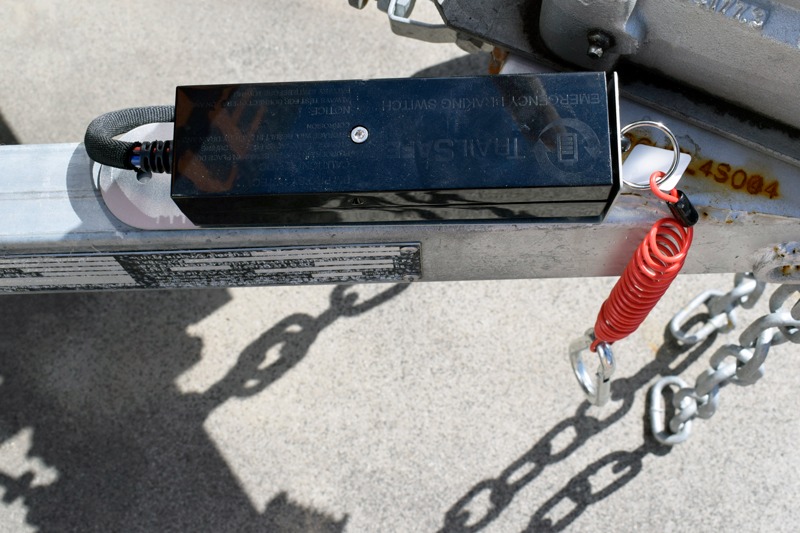 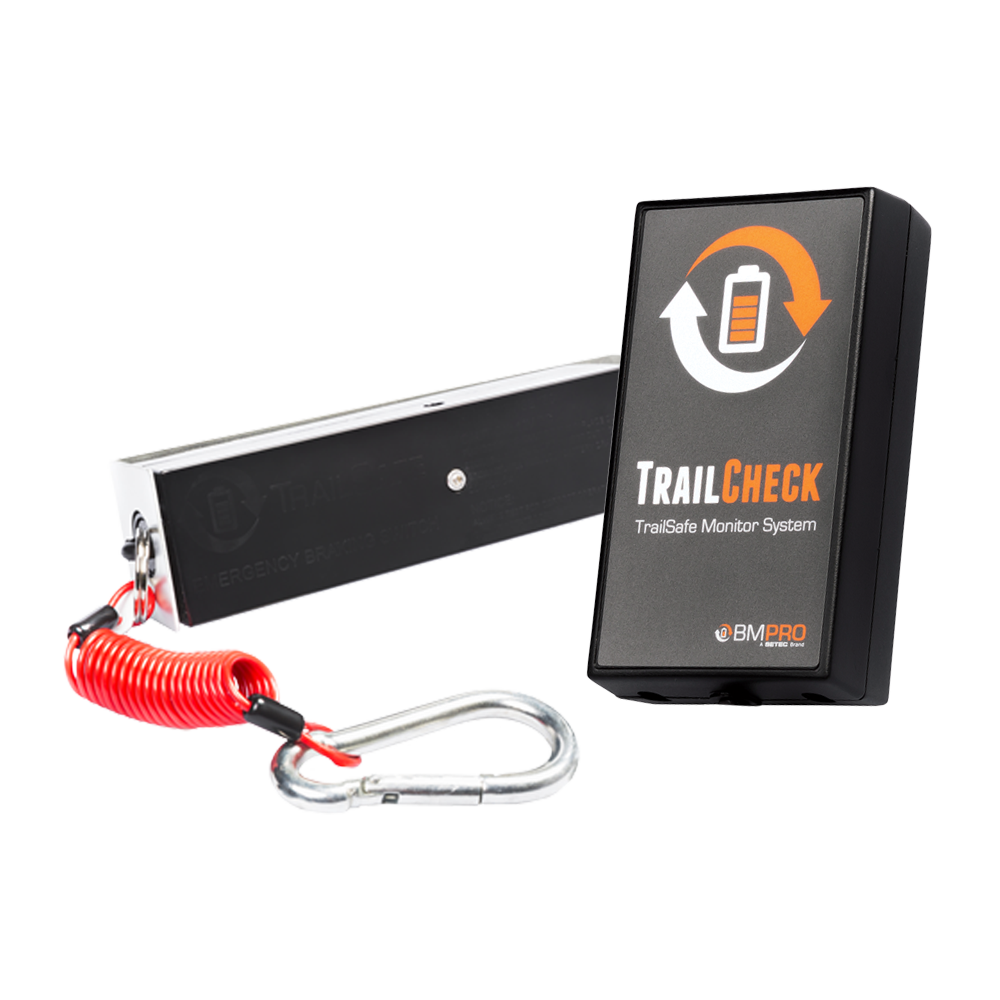