There are a number of obligations undertaken by all caravan owners when they tow a large caravan or trailer on Australian roads, not the least being the towed trailer’s capacity to stop in a safe and timely manner in the event of the trailer becoming separated from the towing vehicle while in motion.

In such an alarming situation there would be a high risk to other road users, as well as to the occupants of the towing vehicle should a large trailer become loose on a roadway, especially at high speed, and so there are very specific regulations covering all trailers with a Gross Trailer Mass (GTM) exceeding 2000kg.

These are called breakaway units.

Under Vehicle Standards Bulletin VSB1, issued by the Federal Department of Infrastructure and Regional Development and covering the technical requirements for the construction and operation of trailers, the following is stated:

Every trailer over 2 tonnes GTM must have brakes operating on all wheels. The brake system must cause immediate application of the trailer brakes in the event of the trailer becoming detached from the towing vehicle. Under these circumstances, the brakes must remain applied for at least 15 minutes.

This is the Australia-wide regulation, but to these must be added the additional requirements of one state.

For trailers registered in NSW there is the additional requirement as laid out in NSW Roads and Maritime Services Vehicle Inspectors Bulletin 6:

It is essential … that an energy source, such as a battery, be carried on the trailer and that means to be provided to ensure that the battery is maintained in a fully energised condition. In this regard, it will be satisfactory if any trailer-mounted battery is constantly charged by the towing vehicle and a warning device is fitted to warn the driver (from the normal driving position) if the trailer battery charge falls to such a level as to render the trailer brakes incapable of meeting the requirements.

Trailers required to be fitted with breakaway systems are not registerable if there is no means for maintaining the breakaway energy source in a fully-energised condition (for example, if a charging and warning circuit is not fitted). An acceptable warning circuit must incorporate either a visual or an audible warning device.

The earthing system between the electric brake units and the trailer chassis must be by an earth wire and not via suspension components or wheel bearings.

These last regulations are not required to be met by trailers registered in other states or territories while passing through NSW.

There are a number of breakaway units on the market, with most functioning in a similar manner. However, BMPRO’s TrailSafe Emergency Trailer Breakaway Safety System is at the leading edge of the pack and offers a number of distinct advantages.

It offers Bluetooth and wired connectivity options for in-vehicle monitors for full compliance with NSW regulations. It features intelligent time-out to protect the caravan’s brakes, will work off the caravan’s house battery(s) so that there is no need for an additional battery or charger. The unit is installed on the trailer arm near the hitching point and there are LED status indicators for a full-system safety check when connecting the trailer, it tests pull-pin functionality as well as battery health and meets all Australian regulations for breakaway systems on trailers over 2000kg.

Making use of the trailer’s house battery has many advantages. Attempting to sustain a separate battery just for the brakes adds a whole new area of complexity for the trailer owner or operator. The regular use of a caravan, requiring the maintenance of a storage battery system for lights, refrigerator, and other domestic uses ensures that there is a regular monitoring of the system at all times so that it is more likely to be in a functional state if it is ever required for emergency braking, and given the multi-battery set-ups that are so common today it is unlikely there would be a shortage of power to drive the brakes.

The TrailSafe system also provides an in-vehicle monitoring of the storage battery system charge status and the effective activation of the brakes when coupled with a wired or Bluetooth monitor.

To complete the package BMPRO also offers the TrailCheck Trailer Battery Monitor System. This is an additional in-vehicle remote trailer battery monitor system which operates with the TrailSafe Breakaway system via Bluetooth. This is fully compliant with the NSW regulations and is also a great safety device for trailer owners from all states.

The TrailCheck relays the breakaway battery system’s status via blue, green, orange or red LED indicators. As an example a green light indicates the battery is charged enough for over 15 minutes of operation, which is what is required to comply with the law and meet your obligations in case of an emergency.

The TrailCheck mounts with the provided Velcro strips and plugs into a 15A (or lower) fused 12V DC outlet or cigarette lighter plug in the towing vehicle. When paired with the TrailSafe Breakaway Safety System you are able to keep an easy eye on your trailer’s battery system as well as know that you are safe to tow your caravan! 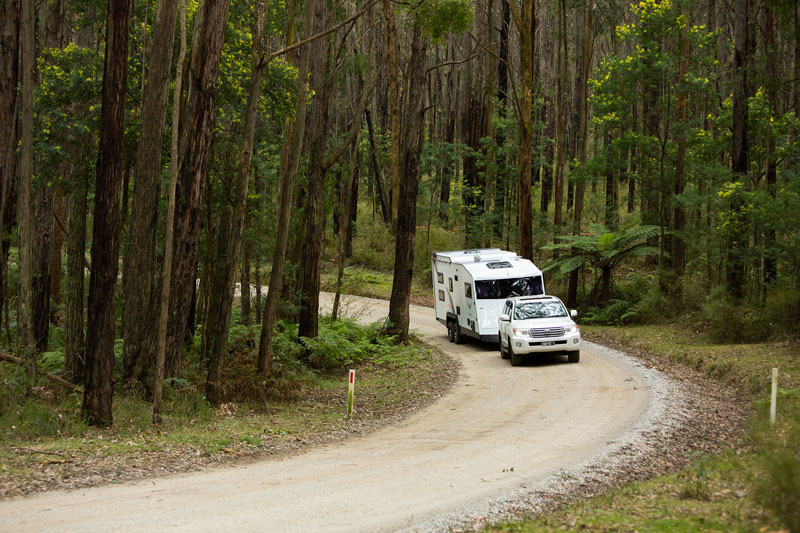