Question to a 12V Guru

Perhaps one item that your guru may like to address is the addition of a second caravan battery to an existing caravan 12V system that currently only has one house battery. What shall we consider when assessing the capability to accept the additional battery, choosing the new battery, and also the fitting and wiring? For reference caravan, may I suggest a Jayco Silverline?

Thanks for your question. Many RVers find one battery isn’t enough to service their requirements, especially on a van such as a Silverline where there are many appliances.

Join the batteries in parallel

To have a two battery set-up, you will need to join the batteries in ‘parallel’ where the positive terminals are connected together and likewise with the negative. Use thick cable such as 8.4mm2 (AWG 8) and quality battery lugs. A parallel configuration increases the capacity of your system in Amps and maintains the nominal voltage at 12V DC, which is what your van requires. So, two 12V 100Ah batteries joined in this manner will provide you with 200Ah capacity at 12V.

Maximise the value of a large system

To maximise the value when setting up a larger system, ensure you have two batteries of the same chemistry, age and make. Different battery chemistries such as AGM, gel, calcium have different charging voltage requirements and you would never get the two batteries properly charged to act as one. Likewise, a deep cycle battery in parallel with a starter (cranking) battery will suffer as there are construction differences internally in these batteries.

Batteries naturally degrade over time and their capacity reduces, so an older battery with a new one will not provide optimum performance. Aligning these factors will allow the battery to operate as one large bank with all cells in the same condition.

Failing that, an unbalanced battery bank will cause the batteries or their internal cells not to receive an even amount of the current due to the different internal resistance, which results in different parts of the battery bank receiving different levels of current. For example, a bank consisting of a three-year-old battery degraded with age and new a battery won’t charge evenly across the various stages of charging. Therefore the state of charge (SOC) will vary even if the new battery is the same brand and chemistry.

So in short, to upgrade your battery system to a higher Amp capacity it would be best to buy two to three new batteries of the same brand and chemistry, use the heavier quality cable, fuse appropriately and ensure your charger is capable of meeting your requirements. To ensure your new battery bank is then capable of being fully charged consider a DC-DC charger or the addition of a solar setup.

Of course, there is always the option of upgrading your system to the latest Lithium setup Jayco has just released, which would mean that with only one battery you could have double the Amp capacity, longer life, less than half the weight and a shorter charging time—but it comes at a cost! 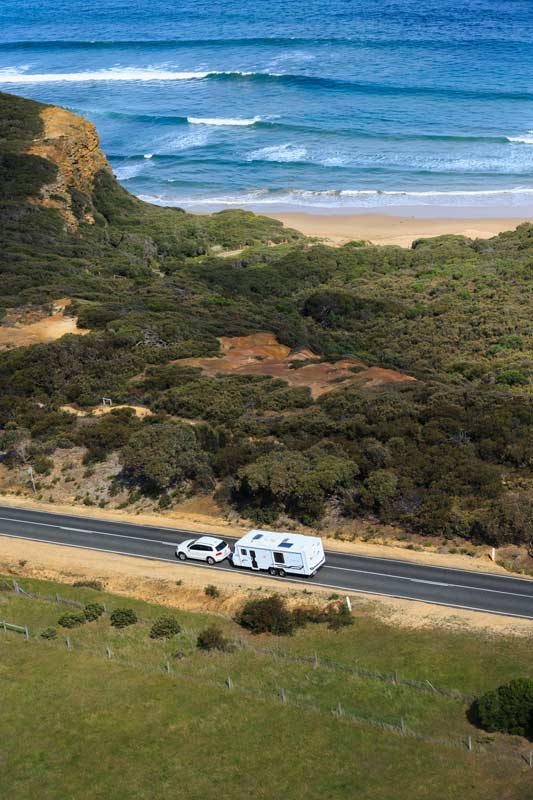