What is the best practice for lead acid battery storage in the caravan? A friend had his sealed AGM expand and leaked acid into his battery box which was in his front boot. They could smell something rotten and found the battery had exploded. The smell took them days to get rid of it inside the van, even though the battery was in the front boot. I have my batteries outside on the chassis and one of my batteries vented from the breather holes, no smell inside. The only way I knew my battery had let go was I noticed the fluid & checking found it was acid.

Shouldn’t all lead acid batteries be placed outside when caravans are built? Is breathing in fumes from battery acid toxic, or just smell bad?

Thank you for your question, Alan. Lead acid battery storage is a serious issue but also probably just as importantly is the care and maintenance of batteries.

Why would lead acid battery leak?

If your friend’s battery had expanded and leaked into the battery box through the emergency venting holes provided on the battery it most likely means that the battery had a serious internal fault or the charger was not the appropriate charger or even had a malfunction. Having expanded it means the plates inside have swelled and warped due to excessive heat (due to excessive current). On your battery you probably saw an oily residue liquid which is the sulphuric acid. The concern here is what is can come into contact with and cause corrosion.

Where to place your caravan batteries?

Some would argue that placing all batteries on the outside of the van is excessive, however if you have two or three batteries as seen in some of the more upmarket or off-road caravans obviously there is more risk with more batteries. I would agree with the outside storage of multiple batteries if practicable and available, however many times batteries are placed where it suits the design of the van.

The rotten egg gas that is produced is hydrogen sulphide (H2S) and a leak such as this is likely to be a low level concentration. Still, the exposure to this chemical can cause irritation to the eyes, nose, or throat. It is possible it may also cause difficulty in breathing for some asthmatics.

What do you need to know about your battery

In my travels I have seen many batteries which are stored under beds, under sinks and in cupboards.  Most caravan batteries would struggle to be used that excessively that they deteriorate from old age. It is more likely to be that the charger or battery (possibly through vibration) has collapsed internally and caused the overcharge scenario and thus the venting.

To keep an eye on your battery condition, use a quality battery monitor that can measure the State of Charge and/or Stage of Health of the battery, such as the BMPRO Trek display.  You need to know more than just volts as this is only an indication of the health of your battery – and sometimes a very poor one especially if your battery is in decline.  The voltage at the terminals on a battery can be deceiving.  As a battery ages the voltage will obviously decline under load but then what happens is it drops off very quickly.

Keep an eye on your 12V deep cycle battery setup:

The maintenance and awareness of your DC system is definitely a safety issue and is to be ignored at your own peril! If in doubt seek the advice of an expert and have your setup inspected and tested.

The article was written for Caravan World Magazine. 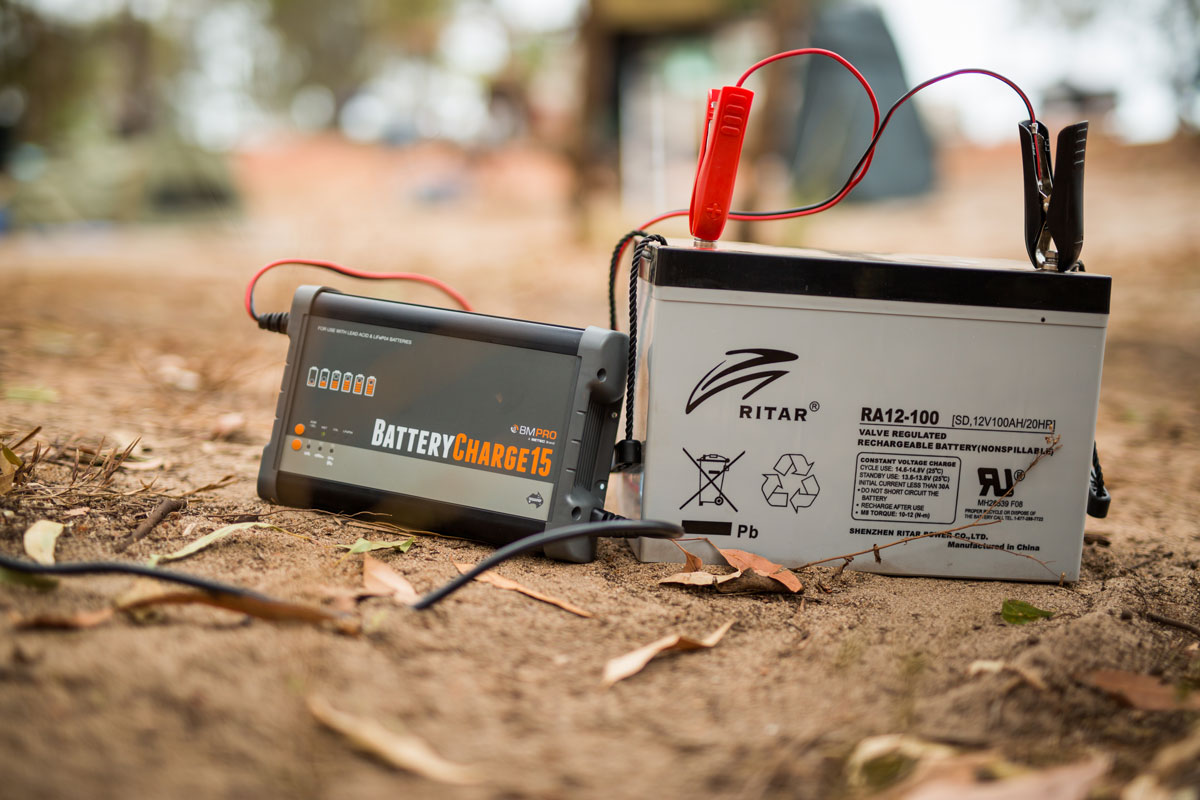