Whilst it would be possible to set up a system of battery monitors, charging, fused circuits, voltage measurements and device/appliance control using discrete devices, it would be much easier, particularly for the end user if all those functions were controlled by the one device.

Hence the development of the J35 and BatteryPlus35 Integrated Battery Management Systems (IBMS).

A critical feature of the J35 and BatteryPlus35 is that the batteries, generating devices and all 12V/24V loads are connected in together but separately controlled and monitored.

It also has the benefit of

What the J35 and BatteryPlus35 offer is a comprehensive package that not only operates an entire 12V/24V Recreational Vehicle system at its peak efficiency but does so in a way that offers the most economic use of the overall system, including the all important batteries. 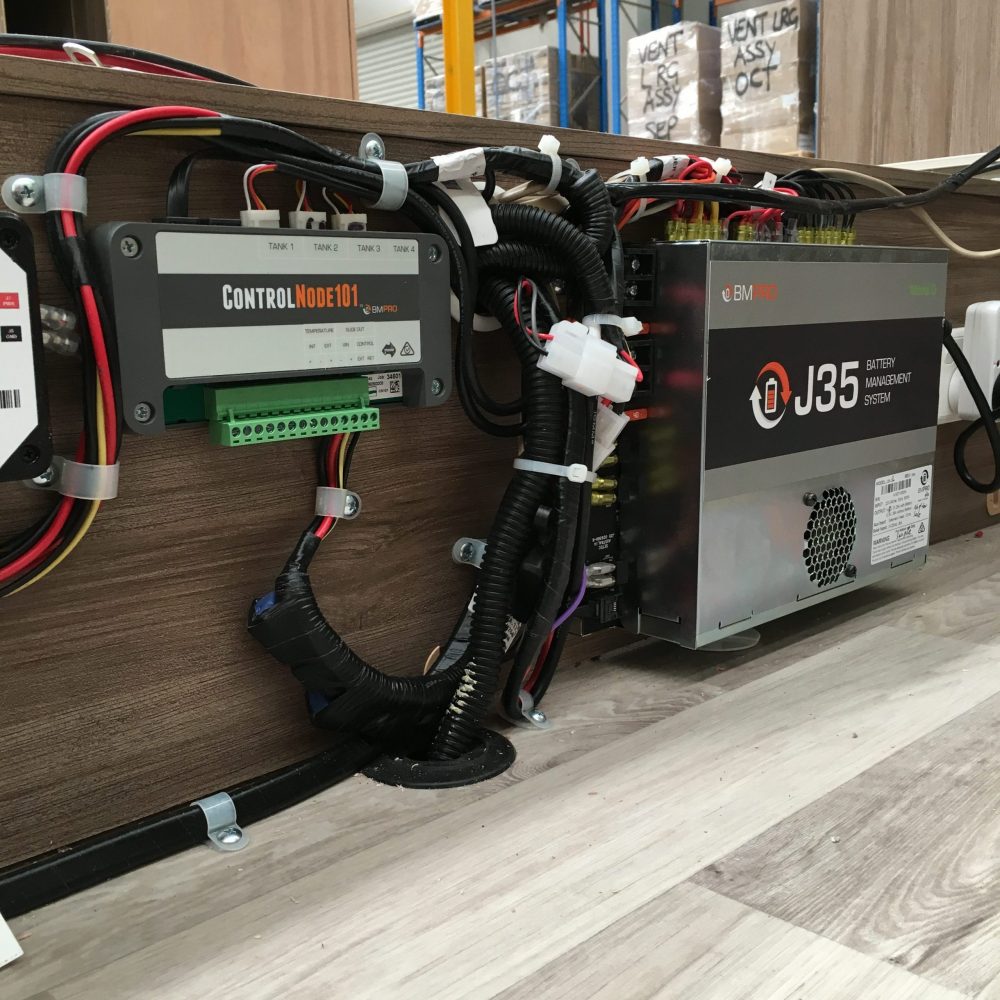