What is a Lithium battery?

A lithium battery differs in the materials used for the above mentioned components, especially the cathode and also the process undertaken during charge and re-charge. A lead acid battery undertakes chemical reactions, which change their components. Lithium just transfers ions during the charge and discharge process leaving everything else the same.

Are all Lithium batteries the same?

The term “Lithium” or “Lithium Ion” refers to a family of batteries in which ions move from the negative electrode (anode) to the positive electrode (cathode) during discharge and back again when being charged. The point to note in this definition is that it refers to a “family of batteries”. Just like Lead Acid family which contains Absorbent Glass Mat (AGM) and Gel types, there are a number of different “Lithium Ion” technologies within the Lithium Ion family. They each utilize different materials for their cathode and (to a lesser degree) anode and as a result exhibit different characteristics, which makes some more suitable than others for different applications.

What are the different types of Lithium Ion batteries?

According to Battery University, the most well-known types of lithium Ion batteries are:

Why use LiFePO4 for Lead Acid replacement applications?

Why is LiFePO4 safer than other Lithium battery types?

The LiFePO4 batteries are the safest type of lithium batteries.

Phosphate based technology possesses superior thermal and chemical stability which provides better safety characteristics than those of Lithium-ion technology made with other cathode materials. Lithium phosphate cells are incombustible in the event of mishandling during charge or discharge, they are more stable under overcharge or short circuit conditions and they can withstand high temperatures. LifePO4 has a very high thermal runaway temperature when compared to the other types at approximately 270oC as compared to as low as 150oC.

LiFePO4  is also more chemically robust when compared to other variants.

Why is IEC62619 certification so important?

Most reputable manufactures will have IEC62133 and / or UL1642 (now unified) for their Lithium cells. These tests are for “lithium cells and for batteries made from them for portable applications”.

Most reputable companies have undertaken the testing on their cells only and not the complete battery system.

BMPRO Invicta batteries are tested not just at the cell level, but also as the complete battery system, via certification according to the international standard IEC62619 – “lithium cells and batteries for industrial applications”. This extra step tests the cells put together into a system along with an internal Battery Management System, BMS.

Some of the safety aspects tested under IEC62619 include:

Does a BMPRO Invicta Lithium need to be installed in a special location?

No, they can be installed in any rotation and in the same location as your current Lead Acid. However, please note that the BMPRO Invcita Lithium range is NOT suitable for under bonnet applications.

How does the battery cope with Mechanical/Physical Damage?

Under the IEC and UN38.3 the batteries and cells undergo a range of mechanical abuse testing including Impact, Drop and Vibration testing, in order to pass the test the battery must not leak, vent, disassemble, rupture or ignite.

Do I charge  Lithium Battery differently to Lead Acid?

A charging profile is a reference to the way voltage and current vary during a full charge of a battery, and it does differ depending on the type of battery, because they are functionally dissimilar and constructed in different ways. For example, a fully charged lead acid battery will have a voltage of around 12.6-12.7V, whereas a LiFePO4 battery has voltage around 13.3-13.4V at full charge. At 20% capacity, a lead acid battery will have a voltage around 11.8V, whereas a lithium battery will hold its voltage at approximately 13V.

Without getting too technical, the LiFePO4 battery has a much smaller voltage tolerance and, because of that, the ‘trickle’ charge of the deep-cycle battery does not apply. And that means a LiFePO4 battery can be charged faster while minimising the risk of overcharging.

In discharge cycle, or when powering a load, a chemical reaction takes place that causes electrons to flow between the positive and negative electrodes via the battery electrolyte.

A charger reverses that chemical reaction, thus, recharging the battery. A typical charging voltage for a 12V battery varies between 12.9V and 14.4V. While a constant voltage and current will charge a battery quickly, it’s considerably better for a deep-cycle battery’s health if a ‘trickle’ charge is used over a longer period of time. Multi-stage chargers are considered best for this purpose.

LiFePO4 batteries operate a little differently but an appropriate charge is also best for maximum battery life. Generally speaking, a constant current (only really restricted by the charger output) will flow until the battery reaches 90-95% of its state of charge (SOC). Once that point is reached, the current will reduce, while the voltage will do the opposite, rising to a cut off voltage of a theoretical 16.8V (but, in reality, is usually around 14.6V).

My Lithium battery has a BMS in it. If my BMS cuts out due to low voltage, will a standard battery management system “Wake up my battery” so it starts charging again?

No, you need a Lithium compatible battery management system like the BP35HA or J35D that sends out a “wake up” pulse to tell the BMS to turn back on for charge. 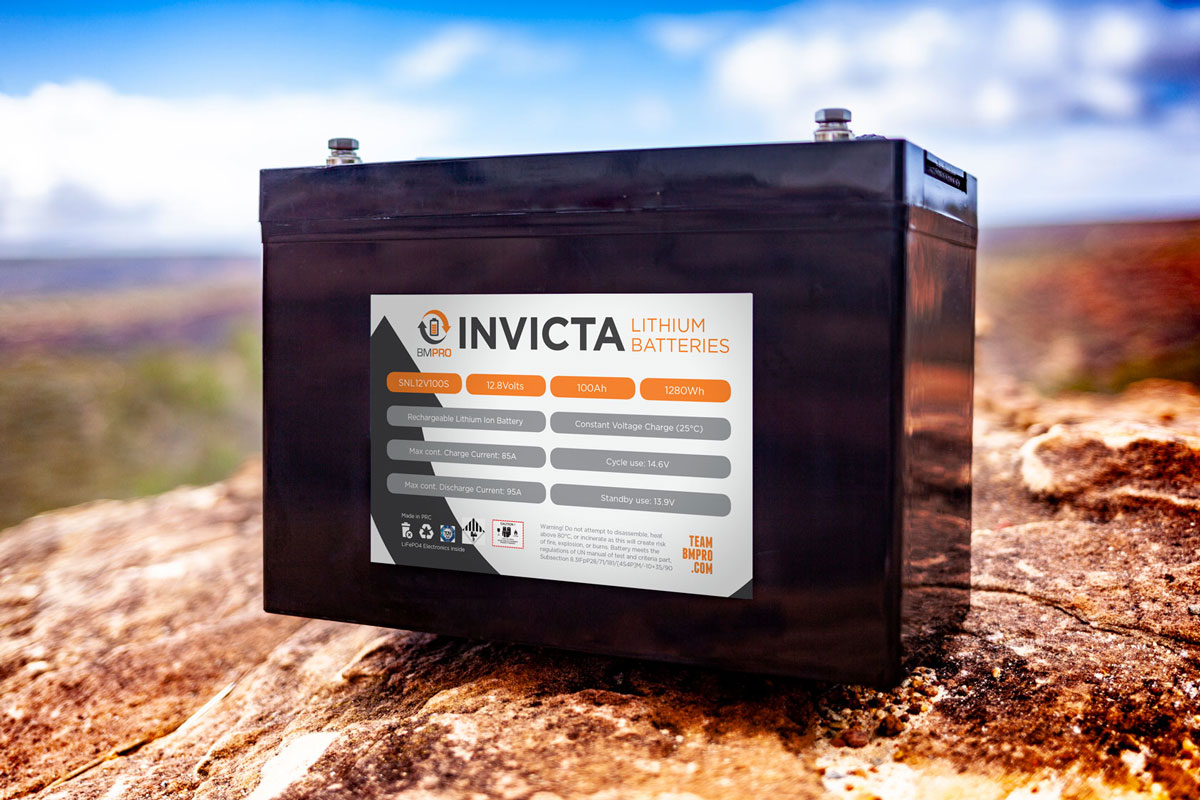