If you have been to Victorian Caravan Camping & Touring Supershow in Melbourne this February, you should have noticed a small, yet incredibly stylish silver caravan from the Airstream family, Base13.

This year, Airstream is relaunching their iconic brand in Australia with help from Jayco, the leaders in the caravan market down under. Aussie Airstreams meet Australian compliance requirements. Partially built in the US, they are modified here to incorporate 220 Volt wiring, Aussie switches, and a fair dinkum battery management system, the J35C, manufactured in Australia by BMPRO.

Airstream caravans are “built like a tank, move like an Airstream, modern in design”, and are objects of desire for those who want to stand out. Australians have known them for years, with enthusiasts importing these funky retro style caravans as second hand units.

The famous Notel, “not a hotel” accommodation right in the heart of Melbourne, is another proof of our nation’s passion for this brand of caravans. Notel is an unusual accommodation on top of the roof of a carpark on Flinders Lane with six retro Airstreams redesigned, or as Notel says, “reimagined into designer suites”.

What is Airstream today? A Led Zeppelin of the roads as modern and out of the world, as the first airship Zeppelin was? Airstream is far more than its looks. It is synonym with luxury and comfort, featuring, for example, porcelain toilet, full wet bath and Italian hand-crafted cabinetry. Moreover, Airstream is eco-smart – it has green certification, which means it is manufactured under strict standards, is resource-, energy- and water- efficient. Among the owners of Airstream there is a bunch of top Hollywood names, from Sean Penn and Brad Pitt to Johnny Depp, Lenny Kravitz and Sandra Bullock.

I like the Aussie name of Basecamp, Base13 – this Airstream is a definite place to re-read Hitchhiker’s guide to the galaxy and think about the meaning of everything. Even if you are sitting inside of Base13 looking out of the curved panoramic window, you will feel as if you are on a different planet, in a different dimension.

With just 1300 kg tare weight, you don’t even need an SUV to tow it – just dare to be different, choose your own adventure, and go.

BMPRO, power management solutions specially designed for recreational vehicles, strives for getting legendary reputation for quality and innovation, which is their main denominator with Airstream.

A deep cycle 100Amp battery on board Base13, or an optional 160w solar package with upgraded battery require clever management system, built to meet the demands of Australian outback travellers.  That’s why Base13 is equipped with J35C, a battery management system found on board top of the range Jayco caravans, such as Silverline.

J35C caravan battery management system has an internal solar regulator, which makes it a good choice to work with up to 450W of solar panels. Multiple protection features increase the life of the battery, while 14 outputs allow connecting multiple devices, including hot water, water pump and lights.

To keep an eye on the house battery status as well as on energy and water consumption of your Base13, use the wall mounted JControl.

Proudly Australian made and owned, BMPRO product range is rugged, modern, and reliable, and will power your adventures on board your new Airstream, an American dream with Australian heart. 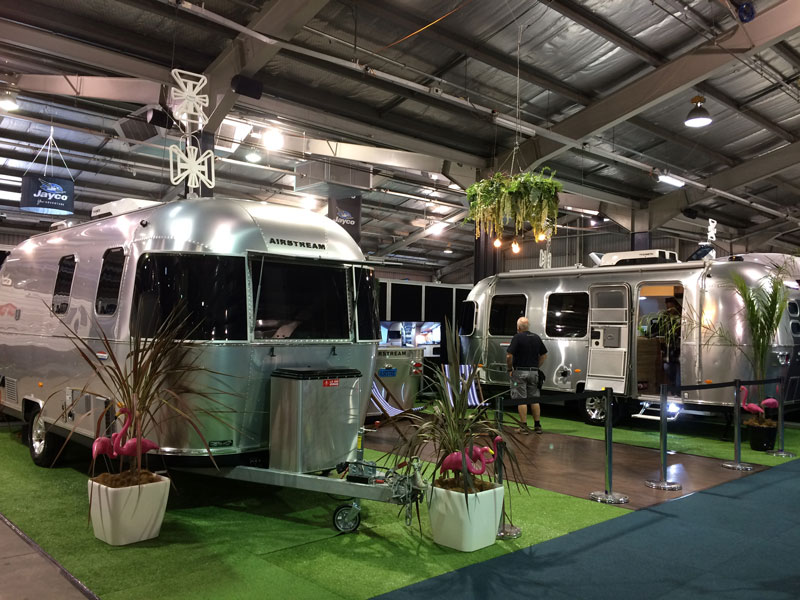