Updated Trek is now a part of the Odyssey system

Trek, one of Australia’s most popular RV displays for caravans, motorhomes and campers has been revamped with a new look and additional optional functions for 2021.

The Trek is a wall mounted display which connects via cabling to the BMPRO BatteryPlus35 series.  The Trek displays critical battery information that assists travellers with understanding their battery capacity as well as estimated time remaining based upon the loads which are being used.  Ability for the customers to understand their power loads and requirements – including the energy inputs such as auxiliary from a car or from solar – assists especially when travelling and camping for extended periods off grid in the bush.

The all new Trek3 version has been redesigned aesthetically and now has an improved layout and style.  All the original functionality remains such as the display of water tank status for four tanks, battery condition and vital 12V information along with the ability to activate two water pumps and even disconnect the battery to protect it from discharging when in storage.

The Trek3 is now offered with the OdysseyLink which enables displaying all the information both on the wall mounted display and on the mobile phone via a free Odyssey app thus becoming a part of the Odyssey system. It also takes in all the inputs from the SmartConnect range which allows travellers to understand even more critical information for a hassle-free adventure.

Do you want to know how much propane is left in a gas bottle – use gas bottle level monitor SmartSense, to understand the temperature in your bedroom or fridge/freezer, add in several SmartTemp temperature sensors. For ultimate safety knowing the temperature and pressure or your tyres is critical – add TPMS SmartPressure. All information from the Bluetooth sensors is displayed in the Odyssey app.

With more Bluetooth sensors added in the near future travellers will have more and more options to stay in touch with what is happening with their RV, still using the reliable, simple to use and proven by years of operation by thousands of caravanners in Australia wall mounted monitor Trek.

Trek3 with OdysseyLink – a new world of SMART RV! 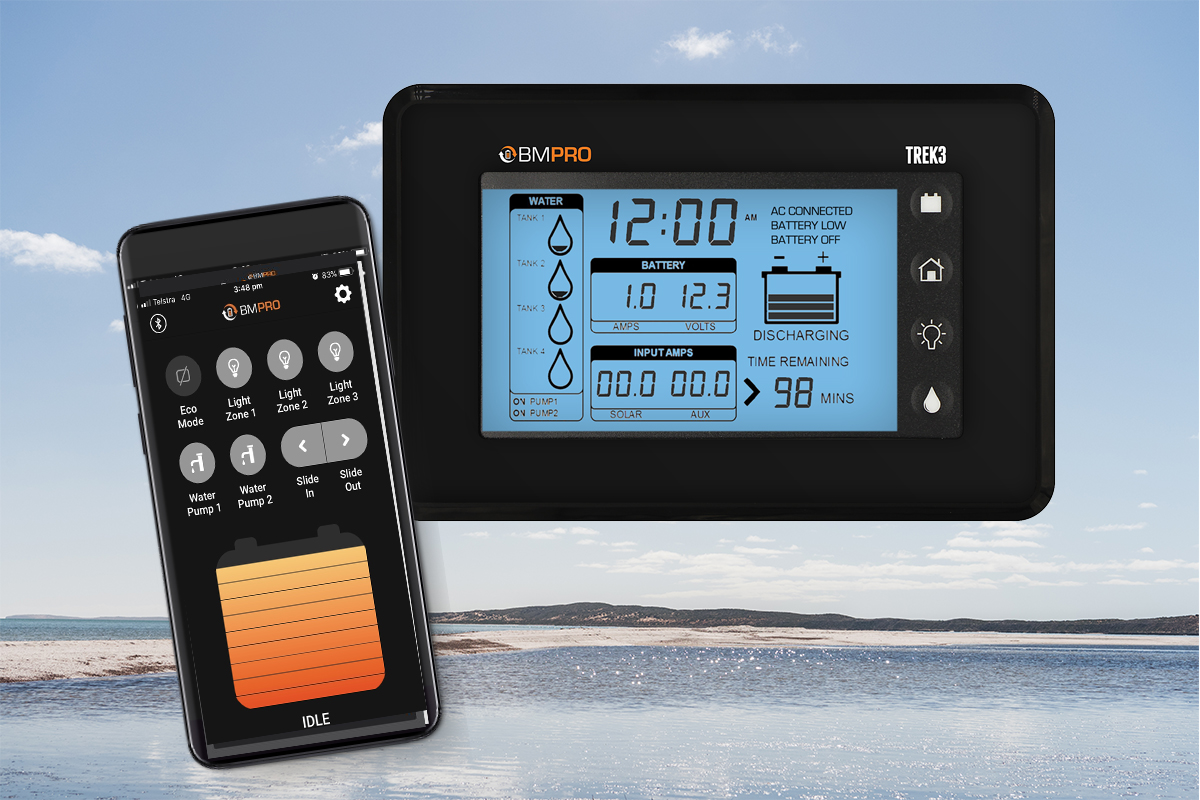 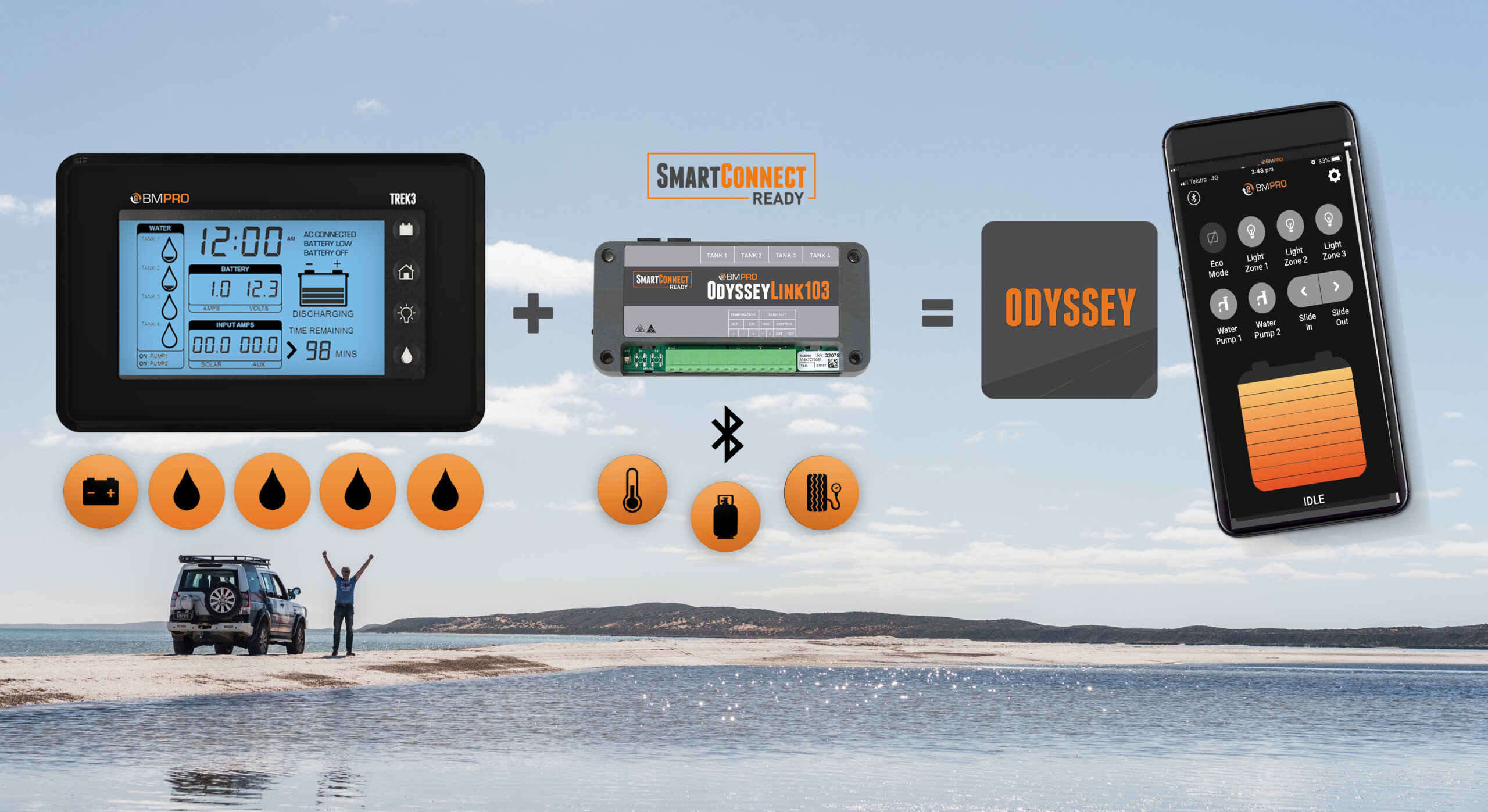