COMMON RV PROBLEMS & HOW TO SOLVE THEM

As RVs get bigger, better and more complicated – so, too, do the things than can go wrong with them. Read on for some common RV problems and how to fix them, quickly!

The desire to add bigger, better and more fantastical features to our RVs has led to a new range of problems which weren’t part of the scene several decades ago, when times were a little simpler. But the fixes are often simple – if you know where to look or what the issues are, and often don’t take too much in the way of tools or techniques.
Here’s a few common RV problems that have come across our desk recently.

After I picked up my new van, I discovered that my solar panels weren’t working, and even when I plugged in my portable solar panel, that wouldn’t work either. What’s the issue?

It sounds like there was no diode or fuse between the panels on the van. If one was faulty and they are not isolated, it will prevent them all from working. In this situation, you need to disconnect all panels (there is likely a junction box where they join up) and reattach them one at a time until you find the faulty one. Leave it disconnected until you have time to replace it.

I have an 80 litre upright fridge but it continually ices up on the back wall. How can I stop this?

Small upright fridges generally make their cold in the back wall and are so crammed with food that it cannot spread around the fridge’s interior. You’ll probably notice that items at the front of the fridge won’t be as cold. Have a small fan fitted to blow diagonally on to the centre of the rear wall. It will move the cold air away and prevent the icing.

My tail lights and/or blinkers are not working. Is there an easy fix?

If you have a flat seven-pin plug, it’s likely that the split pins on either end of the male plug have been squashed when attaching and unplugging. Use a small knife blade to open the gap in the pins to reestablish a good contact.

My fridge constantly cycles at times and eats up electricity from the batteries. How can I prevent this?

This sounds like a temperature issue. If the fridge is located in the sun or the interior of a hot car, or even on very hot days of high ambient temperature, some fridges struggle to keep the interior cool and have to work constantly, especially upright designs. A wet towel on top will help greatly, or simply moving the fridge into the shade. Keep opening the fridge to a minimum, reduce internal air space with inflated wine cask bladders or similar, make sure door or lid seals are working well, and add an insulating cover to help.

My batteries never seem to fully charge when on the road, and the problem has only got worse since I bought a new tow car. I have an Anderson plug to connect to the car’s alternator so they should charge when towing. Are they faulty?

The likely problem is a lack of current being provided from the car’s alternator. Your new tow vehicle likely has a ‘smart alternator’, which would only be delivering around 13.5 volts at best, and can be well below that and even not producing anything at all when idle.

Alternators have never been designed to fully (100 percent) recharge a car battery, much less a secondary battery in a caravan or camper. They are merely designed to replace charge lost during starting and to provide for other vehicle-only loads. Voltage losses, especially over the undersized cables often fitted to Anderson plugs, further exacerbate this.

The only solution is to install a DC-DC charger which will accept voltage inputs as low as 9 or 10 volts and which can boost them to around 14.5 volts and manage them in a three-step charging process. This is the only way to adequately ensure you can replace all of the charge lost from your storage battery while camped.

My tow rig’s braking efficiency has dropped, and I am feeling the tow vehicle veering to one side when stopping. I have had my car’s brakes checked and I am assured they are okay. Could the problem be in the caravan’s brakes?

More than likely, it is your van’s brakes that are at fault. The reduced braking efficiency when towing tells us something isn’t working well, and the kicker is the tow vehicle’s veering off line. This suggests that the brakes on one side of your caravan are not working. When you apply the brakes they don’t work but the brakes on the other side do, causing the van to impose a sideways load on the vehicle’s tow bar and producing the veering.

We’d guess something like broken or damaged wire to the van’s electric brakes on one side is the cause and is simply solved by replacing that wiring. Any brake shop should be able to affect a fix.

I have had my new van fitted with two 130 amp-hour AGM batteries which are now just over 18 months old but I have been told they are now effectively dead and need to be replaced. Surely they should last longer. I have a 100 watt solar panel on the roof to recharge them. Why have my batteries died so soon?

Without being able to test the batteries we’d guess it’s because you don’t have enough solar to maintain the batteries. 100 watts of solar is not sufficient to replace losses in a van that, we assume, is running a fridge, lights and other loads.

Fixed roof-mounted solar isn’t the most efficient and will only be operating at maximum anyway for about an hour or two at midday on a sunny day. You should not take your AGM batteries (or other types other than lithiums) below 50 percent state of charge or you will be damaging them and shortening their life. You need to assess your power needs and have a system designed to suit, but at a guess you will need at least 300 watts on the roof, make sure you stay away from shade and carry maybe an extra 100 watts of portable solar for cloudy days. 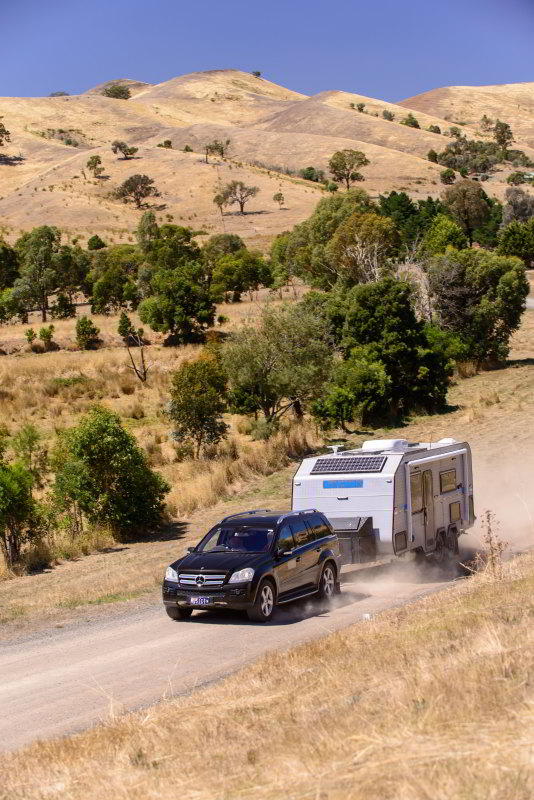 32 thoughts on “COMMON RV PROBLEMS & HOW TO SOLVE THEM”